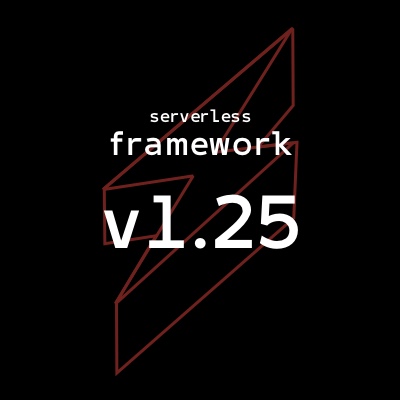 Here at Serverless, we've been working hard to deliver some holiday goodies.

This feature adds S3 Transfer Acceleration support for uploading your deployment packages to S3. Rather than uploading to your region's origin for S3, it uploads the package to CloudFront edge locations and quickly transfers it to S3.

To enable this new feature, use the --aws-s3-accelerate flag when deploying your service:

In testing, we've seen huge speedups in package uploads. In an example test, this was 42% faster than using the normal S3 upload for someone located in the target AWS region. When uploading to a different region (e.g. from Italy to us-west-2), we saw 10x speedups! ⚡️

Much thanks to Alex Casalboni for adding this feature!

You can enable this feature using the endpointType property in the provider block of your serverless.yml:

Serverless defaults to an EDGE endpoint, which was the standard before AWS released regional endpoints.

For power users of the Framework, the variable resolution could cause some issues. There are a number of bug fixes related to the variable system including support for circular references and a few different PRs to better handle resolving variables that call out to external services like CloudFormation, SSM, or S3.

These are huge improvements to the power and stability of the Framework, and they're difficult to implement in a consistent, non-breaking way. We appreciate the hard work of our community members in these fixes, particularly Framework core maintainer Frank Schmid, Benjamin Forster, and long-time user Erik Erikson. Be sure to thank these fine folks for their contributions!

In addition to the 1.26 milestone and its Issues and PRs, we still have lots and lots of other Issues and PRs. We'd love to implement and introduce these in some of the upcoming releases.

Great! We have lots of issues where you could leave some feedback or jump directly into the implementation.

Philipp Müns is a core developer at Serverless, Inc.