We are combining all of these into Serverless Platform updates.

Jump straight into the section you want to read about:

The new components release contains a bunch of goodies.

In version 0.3, you can now reference a component type using a url as a source. This allows for reusable components by uploading them to a URL first, giving teams a way to share components.

Alongside the ability to use Components from a url, we have also added a package command. This command will pack up a component directory into a zip for reuse.

We've added methods for using the components package programmatically. The documentation for these new methods can be found here.

The Fn Project is an open-source, container-native serverless platform that runs on any cloud or on-prem. And now there is an integration with the Serverless Framework.

Read here for more details and some examples.

Fixes for the variables system

We introduced several improvements and fixes, including pre-population of service and region values, a "PromiseTracker" class, and more.

Just what it says on the tin. Check it out here!

Huge round of applause to all of the contributors who submitted changes for this release! 👏

The Event Gateway plugin for the Serverless Framework makes it dead simple to deploy your Lambda functions with Event Gateway.

Check out the plugin here or try the get started example.

The Cloud Native Computing Foundation (CNCF) has been working on CloudEvents, a specification for describing event data in a common way across providers. At Serverless, we've taken a leading role in this effort; we believe strongly in the importance of standards and interoperability in this new event-driven world.

As such, Event Gateway CloudEvents-compatible. All functions receive a CloudEvents payload describing the event received.

Connectors let you Write Less Code in the true serverless way. Configuration is better than code wherever possible.

In that spirit, Connectors in Event Gateway are bits of logic which take your event and send it to another system—Firehose, Kinesis, or SQS for instance—without having to write the boilerplate integration code into a Lambda function.

If there's something you want to change about the Serverless Framework, Event Gateway or Components, open an Issue! We even have a quick & easy guide on contributing to Serverless open source projects.

PR reviews are also highly welcomed, as they greatly speed up the time-to-merge.

We have examples for Components and Event Gateway, too.

Don't hestitate to open up a PR over there if you have a new Framework plugin to submit! 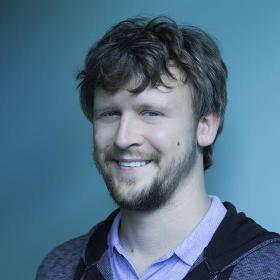 Brian Neisler is a product manager at Serverless, Inc.