Now that you've created and deployed a basic API from Part 1, let's take a few more steps towards making that API more resilient and secure. This post will still be based on the example repo, and will follow the same "commit-per-step" format as Part 1, which contains Steps 1 and 2.

To pick up where we left off in the example repo (after having completed Step 2), run:

Because this isn't a blog post on unit tests, linting or quality gates in general, I'll just share the tools that I'm using and the quality gates that I added to the repository. Feel free to use them as stubs for your own future tests or lint rules.

For unit tests, I'm using the Jest test runner from Facebook. I've used it for several projects in the past and have never had any issues. Jest tests typically sit alongside the file they are testing, and end with .test.js. This is configurable within jest.config.js, which is found at the root of the project.

Because my code makes REST calls via axios, I'm using the axios-mock-adapter to mock the request & response. The tests that I wrote (issues.test.js and pulls.test.js) run some simple checks to make sure the correct URLs are hit and return the expected responses.

For linting, I'm using ESLint with a very basic configuration, found in .eslintrc.json. To run a lint check, you can run:

Many errors can be fixed automatically with:

Run your tests with:

For more details, take a look at the commit in the example repo or check out the commit locally

This was one of the first features we implemented into the v1 of the serverless-azure-functions plugin. because most Azure Function Apps are REST APIs, and it's hard to have a real-world API in Azure without API Management.

If you have no special requirements for API Management, the plugin will actually generate the default configuration for you if you just include:

That's exactly what I did for Step 4. Also, because we want API Management to be the only entry point for our API endpoints, I also changed each function's authLevel to function. This requires a function-specific API key for authentication. You can see in the screenshot what happens in the first command, when I try to curl the original function URL. I get a 401 response code. But when I hit the URL provided by API Management, I get the response I expect:

For more details on authLevel, check out the trigger configuration docs.

One important thing to note is that the API Management configuration will default to the consumption SKU, which recently went GA. For now, the only regions where Consumption API Management is allowed are:

If you are deploying to a region outside of that list, you will need to specify a different SKU (Developer, Basic, Standard or Premium) within the apim configuration, which will be demonstrated in the next section.

If you need a few more knobs to turn when configuring your API Management instance, you can provide a more verbose configuration. Here is the verbose config I added to the sample repo (the ... means the rest of the config for that section stayed the same):

If you did not want the Consumption SKU of API Management, you would need to have a verbose configuration and specify the sku as:

The example just uses the default and deploys to region(s) where Consumption API Management is currently available.

To make the demo simple and easy to follow, I'm going to revert my apim configuration back to the defaults:

You might be able to do the same, depending on your requirements.

Webpack dramatically reduces the packaging time as well as the size of your deployed package. After making these changes, your packaged Function App will be optimized with Webpack (You can run sls package to package it up or just run sls deploy which will include packaging as part of the lifecycle).

Just as an example, even for this very small application, my package size went from 324 KB to 28 KB.

To accomplish this, we'll use another awesome Serverless plugin, serverless-webpack to make Webpacking our Azure Function app really easy.

First thing you'll want to do, assuming you're working through this tutorial in your own git repository, is add the generated Webpack folder to your .gitignore

Next, we'll need to install 3 packages from npm:

Then we'll add the plugin to our serverless.yml:

And then copy this exact code into webpack.config.js in the root of your service directory:

And just like that, your deployed Azure Function apps will be webpacked and ready to go.

If you're running a real-life production service, you will most likely be deploying to multiple regions and multiple stages. Maybe merges to your dev branch will trigger deployments to your dev environment, master into prod, etc. I'll show you an example of that in Step 8. To accomplish CLI-level configurability, we need to make a few changes serverless.yml.

As you might have guessed, the values West US, dev and demo are my default values. If I wanted to deploy my service to North Central US and West Europe, but keep everything else the same, I would run:

We could do similar operations with --prefix and --stage. Now let's create a pipeline that actually does this.

No matter the CI/CD environment, here is what we are looking to accomplish:

These steps can all be accomplished in just a few CLI commands. At bare minimum, we'll want to run something like:

There are a lot more bells and whistles we could add, but that's essentially what it boils down to. Of course, we'll need authentication in whatever system we're deploying from, and that's where the service principal will come in. I'll show you how to use the service principal in the deploy.yml pipeline below.

For my pipelines, I'm actually going to split up my CI and CD into unit-tests.yml and deploy.yml. Unit tests will be run on PRs into master or dev (this is assuming there are branch policies in place to prevent devs from pushing straight to either branch). Deployment will be run on commits (merges) to master.

Notice this line in the deployment pipeline that leverages our setup from Step 7. You might have multiple pipelines for the different stages, you might dynamically infer these values from the branch name or you might just provide the values as environment variables. The point of the setup in Step 7 was to provide you the flexibility to deploy your service to wherever you see fit at the time, without needing to change your serverless.yml file.

A big part of our reason for investing time and effort into the serverless-azure-functions plugin was so that developers could easily deploy Azure Functions to solve more real-world, business-level scenarios. We hope that as you use the tool and discover areas for improvement that you'll file issues on the repo or even open up a pull request. 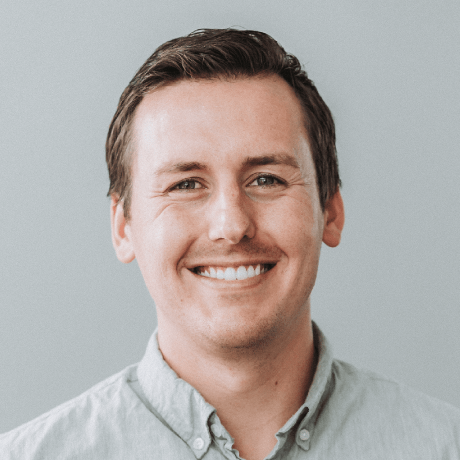