Microservices and the Serverless Architecture have changed the way we think about web applications and partitioning logic.  In this post, we'll share the best ways to structure your Serverless applications by applying the patterns directly on a simple example app we’re building — A Serverless Social Network. This fictional social network could have many features, but we’ll focus on the users and comments features to keep things simple.

Following months of experimentation and feedback we’ve summarized our findings into four patterns that the Serverless Framework embraces perfectly:

Let’s explore how we can build our Serverless Social Network using each one of these patterns, while outlining the benefits and drawbacks of each along with the configuration required for each pattern.

In the Microservices Pattern each job or functionality is isolated within a separate Lambda function. In the case of our example app, each Lambda function would also have a single http endpoint that serves as the entry point for that function.

You can inspect the incoming HTTP request’s path and method by parsing the event body in your code, and then perform the correct operation in response. It’s like having a small router in the beginning of your Lambda code.

Benefits of the Monolithic Pattern:

Drawbacks of the Monolithic Pattern:

The Graph Pattern is similar to the Monolithic Pattern, but it allows you to take advantage of GraphQL to reduce your entire REST API and all of its endpoints into 1–2 endpoints. As a result, your entire application will be composed of a single function and a 1–2 endpoints that handle GraphQL queries. GraphQL will then fetch the correct data in any form you need.

Benefits of the Graph Pattern:

Drawbacks of the Graph Pattern:

Our team is currently playing with the Graph pattern, except we’ve isolated each GraphQL query into a second tier of Lambda functions. This helps retain a microservices architecture w/ GraphQL. It is what we’re internally calling a Graph Gateway pattern. We’ll write more on this in the near future, as it’s still in the testing phase.

We’ve explored four patterns that you can use to build your Serverless applications. Everyone has different requirements and preferences, so we’ve made sure the Serverless Framework can support all of the above patterns, easily. Enjoy, and good luck!

About the Author: Eslam Hefnawy is a senior developer at Serverless Inc. He leads the team in charge of building and maintaining the Serverless Framework — an application framework for building web, mobile and IoT applications powered by AWS Lambda, AWS API Gateway and in the future other FaaS providers. Connect with Eslam at http://eahefnawy.com/ or on Github. 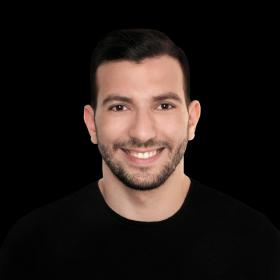