It's been quite a while since my last post about plugins, way back in the ancient days of Serverless 1.12. The Framework is in its 20's now and so grown up...(sniffle).

Things have changed since then. It's a new age, filled with new features. Your dreams of being a plugin author have never been easier to achieve.

From a UX perspective, wouldn't it would be more natural to access the function deployment as subcommand of a function command (i.e. serverless function deploy)?

But alas, if you rename the command to function:deploy it also changes the command hooks, and any plugins depending on these hooks cease to function. Whoops!

Commands can now have specified alternatives (aliases), and you can use those alises to access the command from the CLI.

Aliases are simply added to any command definition. You can even specify multiple aliases! However, aliases cannot overwrite existing commands and Serverless will error accordingly if you try to do so.

Here is an example of the aforementioned deploy function command (code from ./lib/plugins/deploy/deploy.js):

In general, the alias command position is not limited and can also be a new subcommand of any existing command.

serverless help will also reflect existing aliases, in addition to printing both the aliased command and the original command description.

Sometimes, depending on the options given, you'll need to delegate execution to a different command. E.g., our example from above, where serverless deploy --function=XXXX now executes the deploy function command instead of deploy.

But how is this done?

As you might remember, there is pluginManager.spawn() that starts a command from within a lifecycle event. It returns after execution so that the current lifecycle (command) is continued afterwards.

This mechanism works great, but only if you want to run another lifecycle within your lifecycle.

So what we actually want is:

This behavior effectively replaces the execution of cmd1 with cmd2 after the initial lifecycle event of cmd1 has been started.

Thanks to the latest extension of pluginManager.spawn(), this is now possible. The spawn method now accepts a second option parameter that lets you switch special behavior of the spawn on or off (pluginManager.spawn(command, options)).

The option that we use is the new terminateLifecycleAfterExecution option. Setting it to true will spawn the command and its lifecycle as before, but as soon as the invoked lifecycle terminates, it will also terminate our current lifecycle and return control to our invoker (i.e., someone who spwaned us or the CLI).

A much-requested feature was improved logging, especially for plugin authors. There have been some changes that allow us to let us debug our plugins with fewer headaches.

When the SLS_DEBUG environment variable is set, Serverless now prints the stacktraces of the crash (even if it happened within a plugin), instead of just telling us that the plugin could not be loaded.

With SLS_DEBUG the plugin manager will now output any commands as well as aliases that are registered during the plugin loading.

This allows us to debug crashes during plugin initialization, and shows us the exact location where commands and aliases have clashes.

With SLS_DEBUG, all commands that are started via invoke or spawn are now logged. This allows you to see if you spawn commands correctly or if there are any plugins that change the event chain in an unexpected way.

That's it, team. Now you have no excuses--go author the next big plug-in! 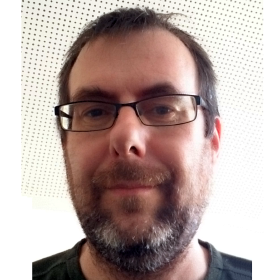