Get in where you fit in: inclusion and diversity in tech 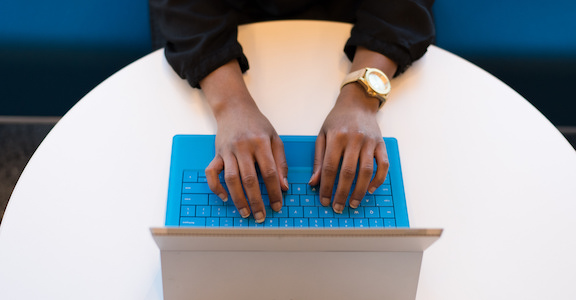 If you’re thinking about ways to improve your own company diversity, here’s my own experience entering the tech industry as both a woman and person of color, and what I, and we, at Serverless are trying to do to make things better. I think this is an incredibly important time for organizations to be educating themselves about why diversity matters.

Consider this your starter kit, straight from me.

My own experience: why diversity matters

I am not only a woman in tech, but a first generation Korean woman born to immigrant Korean parents. Growing up, there was a lot of cultural bridging I had to do between my Korean side and American side.

I involuntarily grew up speaking 3 languages because of the community I was around most of the time. At home I spoke Korean with my parents, at school I spoke English, and my free time was spent hanging out with a large Mexican friend group, where I learned and spoke Spanish with them and their families.

Career-wise, I came from the fashion industry. For those who don’t know or can’t imagine, fashion had a drastically different demographic than the tech industry—lots of women and gay men who were incredibly driven, cultured, open minded and diverse in their own personalities. 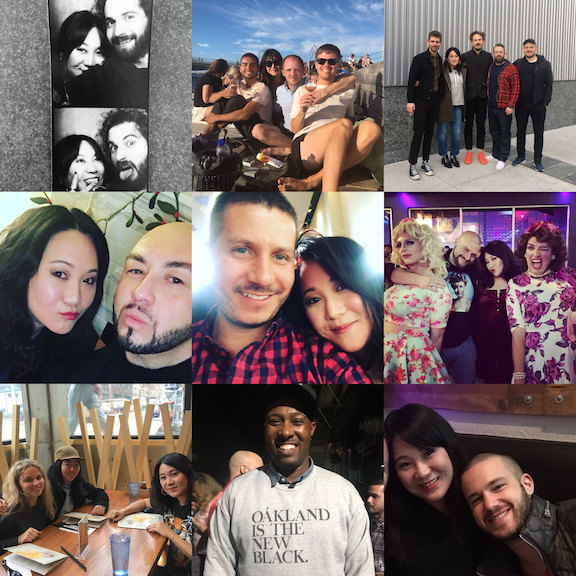 All this to say, multiculturalism has been a big part of my life. So when I joined Serverless and started going to tech functions all over the Bay Area, the most shocking thing to me about the tech industry (even though I knew it already) was how similar everybody seemed.

As a woman and person of color, I felt isolated.

Adjusting to this new paradigm

I saw from my time in the fashion industry how the incredible diversity of opinion there actually fostered more creativity and innovation. And while I was in fashion, I always felt like my ideas and feedback were taken as seriously as anyone else’s.

In tech, however, I felt like I had to prove myself to be taken seriously. For example, I come from fashion and I like to look on point. I dress up when I come to work; I don’t wear t-shirts or casual clothing like most colleagues in this field do. I’ve found that, because of the way I dress, it’s easy for some people think I’m “too much” or just seem out of place. They take me less seriously, and I’ve had to work double hard to fit in. But nothing stops me from understanding how things function.

Another example of stereotyping: a fellow attendee at a tech event started speaking Chinese to me and I told him I was Korean. He still went on speaking Chinese, and thought I would be impressed. The entire situation was uncomfortable. I told him I spoke German, Korean and Spanish but no Chinese. When he wouldn’t listen, I asked point blank in German, “Kannst du mich verstehen?” (Can you understand me?) Things got quiet.

Recognize your own bias

Tech is supposed to be one of the most innovative, disruptive industries around. Which means you have to be open-minded to thrive. That doesn’t stop at product thinking; it has to extend into the way you think about people. Stop yourself often and think: why do I think that, why did I do that? Is it correct, or is it a default reaction from my point of view? 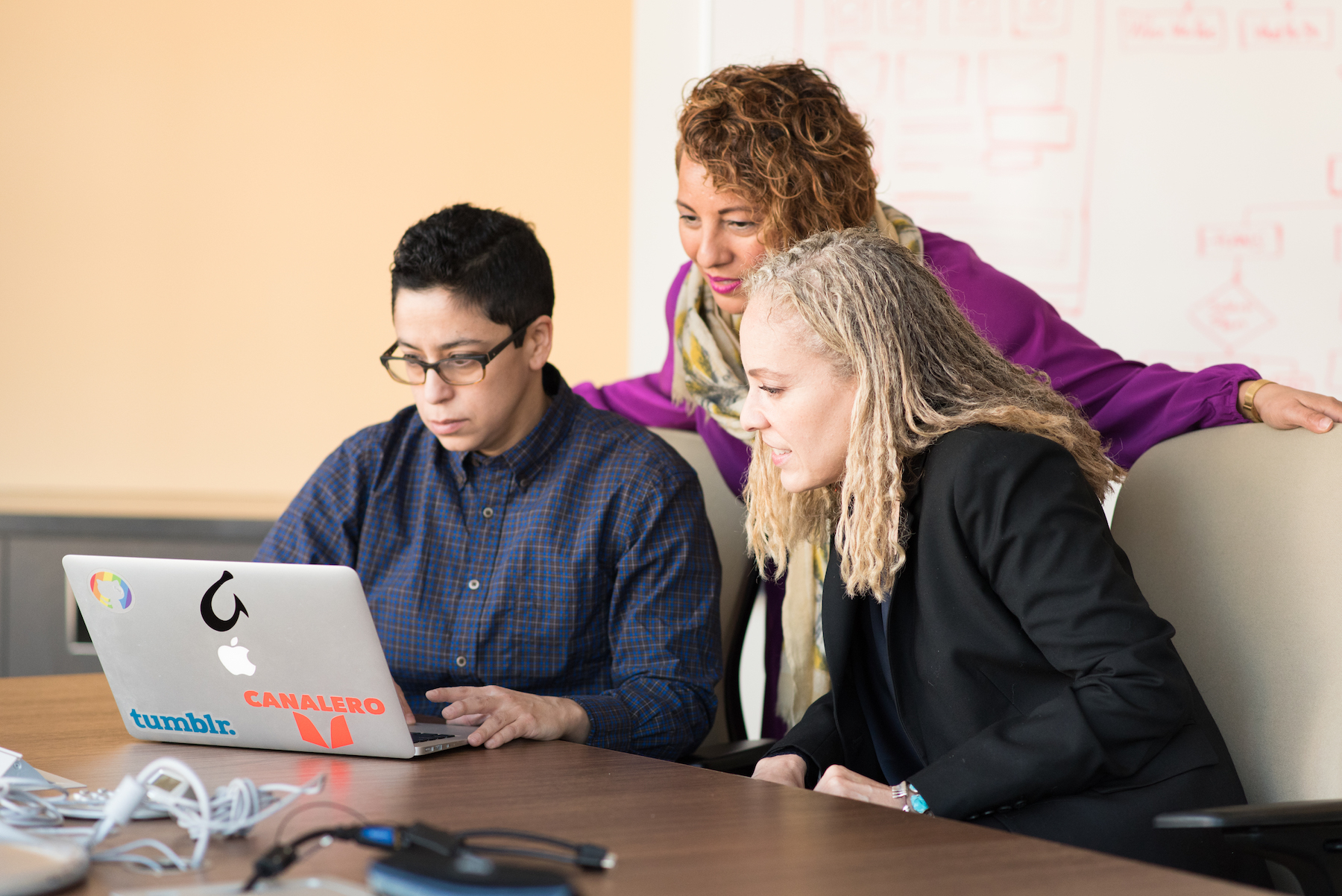 The key to really opening up conversations around implicit bias is that you have to be vulnerable. You have to talk about your personal experience, while leaving yourself totally open to soaking in others’ experiences.

Also, ask questions. Don’t EVER feel like any question is stupid. I’ve recently had a few white friends ask me questions about my race and identity, and it was incredibly refreshing. They admitted that they will never know what it’s like to experience the world from my point of view, so they wanted to learn more. It was as simple as that.

The data behind implicit bias

What you’ve seen up until now is one personal story from one person. But if you want to see how small acts of implicit bias add up to create large-scale bias, Facebook actually has a fantastic training on it, in which they cite an array of studies that show how even a 1% bias in a certain direction can have a huge impact on the entire organization in only a handful of years.

Furthermore, people who self-reported that they were aware of their own bias did worse in bias testing. Yeah, Dunning-Kruger will get you every time. 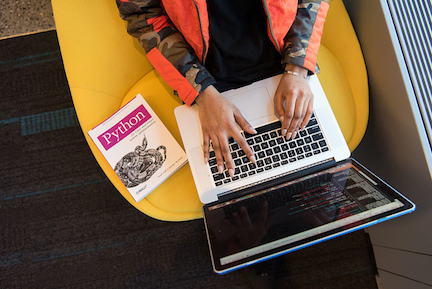 The numbers tell a stark and compelling story, and they offer some great advice for how to overcome implicit bias during the interview process. Everyone should watch this training. It’s free to the public, and it will change the way you think about others, and change the way you see potential in others.

Some statistics, because why not: 1. There are half as many African Americans and Hispanics in tech as in the rest of the private sector 2. 83% of tech executives are white 3. More than 50% of employees at Apple and Google are still white 4. Unfair treatment and turnover costs companies $16 billion per year 5. Diversity efforts could net the IT industry an extra $400 billion in revenue each year

It’s a hard problem. But we can work at addressing it.

How I’m integrating myself into tech

And it goes both ways. There are things I’m actively doing, too, to learn more about the tech world, and especially Serverless.

I’m teaching myself to code, which is frankly something I’m scared to do. It’s intimidating. But this is the best way to learn where people in this industry are coming from and what their day-to-day is like. I know from my previous experience that learning new languages opened up so much more of the truth, and enabled me to create space for empathy. 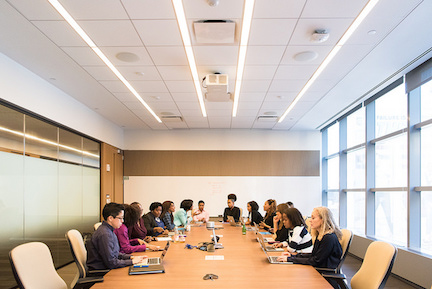 I do my best to inject a culture of empathy at Serverless because I know what it’s like to be misunderstood. At the end of the day, don’t we all just want to be comfortable and understood in our own skin?

I ask that you all make an effort to go beyond your reservations and fears. Engage with different types of people and try to start learning their “languages”. Learn new social code, ask questions if you don’t know the answers, and always leave yourself vulnerable. I’ve been asking tons of questions on why my Python or Javascript code isn’t running properly and I’ve had nothing but amazing and patient support from my peers.

You’d be surprised at the reception you’d receive when asking for help in understanding something you don’t have answers to.

Where we, and you, fit in

We are working hard on these issues here at Serverless. We are scaling at a fast pace and excited to see what kind of great work comes out of our team.

We are doing our best to ensure our group is well-rounded and that many types of people are present. We believe that our successes will be more impactful when we have a strong team that is empathetic, collaborative, and open to diverse ideas and opinions. We want to discuss uncomfortable issues and find solutions together.

Just as people code in various languages to achieve the best results, we need to be open to learning and engaging with the multiple types of people that are underrepresented; you may be overlooking a great potential “language” that could open up your path to success and beyond.

If diversity is something you're working on, let's connect!

All photos taken from the amazing WOCintech project 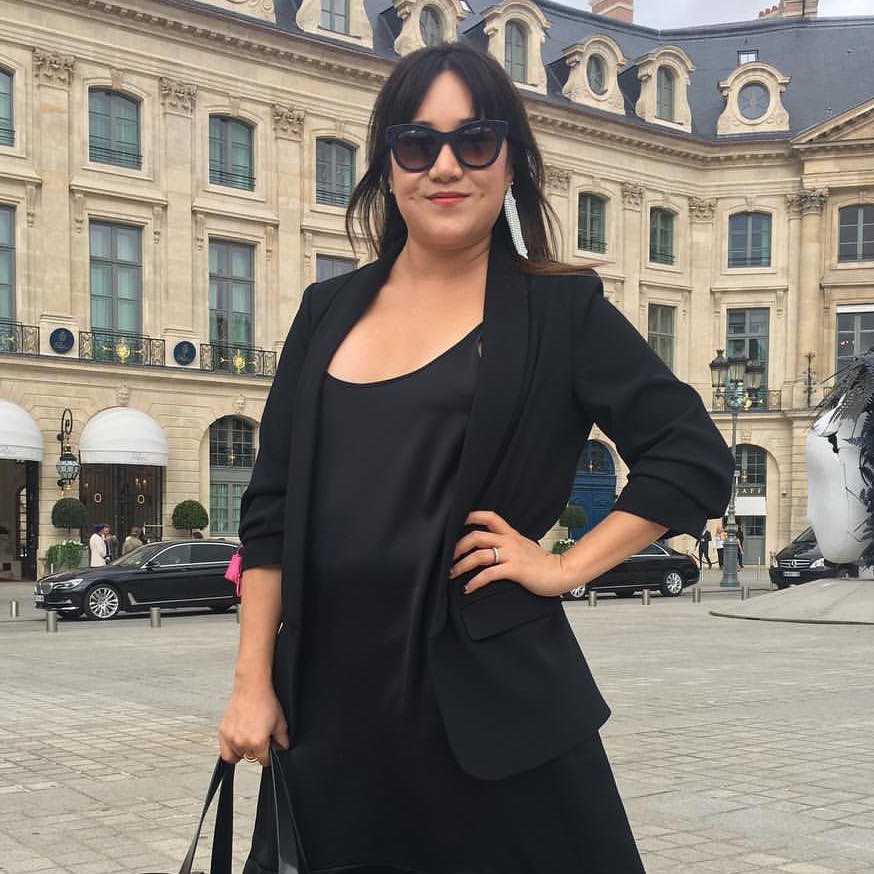